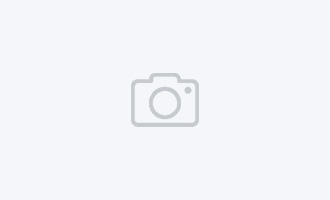 In an act that defies basic human dignity, three elders from the Scheduled Caste community were forced to prostrate before members of the ‘oor panchayat’ (village panchayat) by Vanniyars, a Most Backward Class (MBC) community, following a dispute at a temple festival at Ottanandal village in Tiruvennainallur block in Villupuram district of Tamil Nadu recently.

The Dalit men, aged between 60 and 65, fell to their knees before the panchayat in which were present urchins youths and men, mostly from the Vanniyar caste; the village has 300 Vanniyar families and 30 Dalit families. They offered apologies for organising their own temple festival in the Dalit colony without seeking the permission of the `oor panchayat’. The incident took place on May 14 and came to light after a video footage, ironically shot and circulated by the perpetrators themselves, went viral on social media.

So Dalits constructed their own temple in their colony. The fact that they organised the festival of their temple this year, irritated the Vanniyars. A few of their youths, belonging to the Pattali Makkal Katchi, (PMK) objected to it. They also lodged a police complaint saying that despite a lockdown owing to COVID-19, Dalits were conducting the festival. The Dalits requested them to not make it a big issue and even apologised for conducting the festival. But they did not relent.

The Tiruvennainallur Police came to the village and seized the public address system and other equipment that were used in the festival. The man who rented the equipment and the public address system, a Vanniyar, demanded that the Dalits pay him a hefty amount as compensation. Shocked, a few Dalit elders went to the police station and explained that they were ignorant about the lockdown rules and apologised. They gave an assurance that they would not repeat this. The police warned them and returned the seized goods. Subsequently, a group of Dalits reportedly asked the youths why they lodged a police complaint even after Dalits had apologised repeatedly. This led to an altercation. The youths then took the matter to the Vanniyar villagers who insisted that the Dalits must apologise at the ‘oor panchayat’ for their behaviour. Fearing a strong backlash, three elders from the colony decided to oblige the panchayat since they were apprehensive about the future of their youths, many of whom were either studying or about to get employed. Hence they appeared before the panchayat and prostrated.

V.S. Premkumar, who has been assisting the Dalits in the case, speaking to Frontline said the police had arrested two persons so far in connection with the incident. “We have told the police to register a case under the SC/ST (Prevention of Atrocities) Act. It is an atrocious act against human dignity. We have identified a few more persons who instigated the villagers and harassed the people in the colony. The Collector and Superintendant of Police of Villupuram district visited the village and made enquiries,” he said.

He added that the village witnessed disturbances some three years ago when Vanniyars stopped water supply to the colony. Following that the government built a separate water tank for Dalits. Kadir of Evidence, a Madurai based rights organisation, said that what Dalits needed in the village was that the government should not hesitate to take stringent action against casteist people. One of the elders who apologised before the panchayat said that they should have unhindered access to the common assets of the village such as water and other facilities.

‘Murder of Dalit youth was pre-planned’